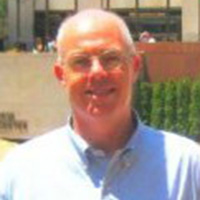 Gerald T. Peters has been prosecuting patent applications before the U.S. Patent and Trademark Office since 1998. Before relocating to Japan in 2010, Mr. Peters was employed by the leading New Hampshire law firm, where he represented a wide variety of both foreign and domestic clients that ranged in size from individual inventor to multinational corporation.

In addition to his academic background in Physics and Biology, practical engineering industry experience gained while employed at the leading U.S. semiconductor manufacturer and an innovative venture-capital-backed color printer startup company were an invaluable prelude to his intellectual property career, allowing Mr. Peters to understand complex technologies from the perspectives of both inventor and entrepreneur.

Because he is fluent in Japanese, having translated a large number of Japanese patent applications since he first ventured into the field of intellectual property as patent translator in 1989, Mr. Peters is able to work directly with Japanese clients from his Osaka and Tokyo offices to achieve improved quality and cost-performance.

**Available on a case-by-case basis