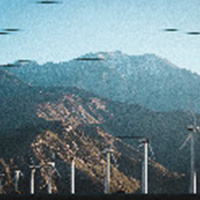 Nicolas C. Johnson, Esq., has over fifteen years of experience in the fields of energy project development and energy technology investment. Most recently, Nicolas was in Europe focusing on the development of large scale - multi-billion Euro - offshore wind energy and offshore transmission-related projects, supporting projects in Germany, the Netherlands, France and the UK. Over the years, he has worked as an advisor on, among other things, the first utility scale offshore wind project in Germany and the first commercial onshore wind project built in South Korea.

Nicolas has provided advisory services to utilities and transmission providers throughout Asia, Africa, and the Americas as well. His work has included facilitating greenfield renewable energy project development in the US, advising on the financing of American clean energy project acquisitions, supporting energy company mergers, and advocating for joint ventures on an international scale in the energy technology sector.

Nicolas has extensive experience in energy projects ranging from conventional energy to wind, solar, biomass, CHP, hydropower, geothermal and other forms of clean energy. He is particularly versed in the initiation, drafting, negotiation and interpretation of complex agreements for energy generation, development and use of new technology, energy transmission, and offshore works.

Member of the District of Columbia Bar and the State Bar of Georgia. Extensive experience in hydropower and renewable energy development, as well as in the initiation, drafting, negotiation and interpretation of complex agreements for energy generation and energy transmission projects.