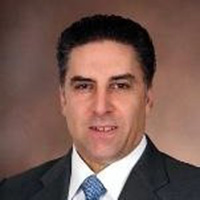 District of Columbia Court of Appeals

US Court of Appeals for the Federal Circuit

US Court of Federal Claims

Supreme Court of the United States

Appeals for the District of Columbia Circuit

District Court for the District of Columbia

Mr. Sulzer represents clients in a variety of areas, including patent, antitrust, and unfair competition litigation and counseling. For more than three decades, he has been trial counsel in numerous federal court and ITC proceedings, including several of the ITC’s most significant Section 337 investigations. He is rated AV Preeminent by Martindale-Hubbell. Mr. Sulzer has also been selected by American Lawyer Media as a Top Rated Lawyer in Intellectual Property and Litigation and as one of Washington DC & Baltimore’s Top Rated Lawyers. Mr. Sulzer is also recognized internationally as an expert in patent licensing and licensing-related antitrust issues. For more than a decade, he taught a graduate-level class on licensing and related antitrust and misuse concerns for the Swiss Federal Institute of Technology.

Mr. Sulzer is often called upon to take over matters in which other lawyers were unable to obtain the client’s desired results, and he has a long track record of success in the federal courts and before the ITC. For example, Mr. Sulzer:

Represented complainant in In re Certain Wire Electrical Discharge Machining Apparatus, ITC Inv. No. 337-TA-290, the first investigation in which the ITC granted a remedy to a foreign owner of a U.S. patent.