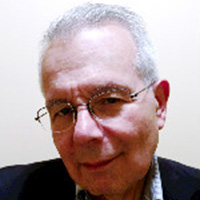 Alan M. Ehrlich received a B.A. cum laude in Chemistry from the State University of New York at Buffalo in 1963, an S.M. in 1965 and Ph.D. in 1968 in Chemistry from M.I.T., and an M.B.A. in Finance from Georgia State University in 1972. He received his J.D. in 1991 from George Washington University where he served as a Dean's Fellow teaching Legal Research and Writing and on the Moot Court Board as Judge's Chair. Dr. Ehrlich is admitted to practice law in Maryland and the District of Columbia and before the U.S. District Court of Maryland and the U.S. Supreme Court. He is also registered to practice before the U.S. Patent and Trademark Office. Prior to joining Stein IP, he was with the U.S. Environmental Protection Agency's Office of General Counsel from 1991 to 2004, and was Patent Counsel from 1995 through 2004. From 1992 to 1997 he was also an Associate Professorial Lecturer in Law (adjunct) at the George Washington University Law School. From 1967 to 1991, he held various positions as a scientist in industry and government. After leaving the Government, has been in private practice specializing in the field of intellectual property.

Dr. Ehrlich's major practice area is in the chemical arts and transactional matters such as licensing agreements and cooperative research agreements. While in EPA's Office of General Counsel, Dr. Ehrlich supervised the writing and prosecution of over 100 applications that have led to patents for pollution control technology, energy saving engine technology (including hybrids), pollution detection methods, environmental monitoring methods, and computer modeling. He negotiated, wrote or reviewed over 100 patent license agreements and cooperative research and development agreements. He was the EPA official representing EPA's position in the litigation surrounding Unocal's patents for reformulated gasoline, including arguing EPA's position on certiorari directly before the Solicitor General. He served as inside counsel to the Department of Justice on the patent infringement case, Chemical Separation Technology v. United States, 53 USPQ2d 1419 (Fed. Cl. 1999) and 63 USPQ2d 1114 (Fed. Cl. 2002) and the employee rights case, Breton v. Evans, 81 USPQ2d 1701 (D.D.C. 2006), both of which led to decisions in the government's favor in 2006.

Dr. Ehrlich has also been very active in professional associations and outreach and education on intellectual property, law, technical, and other issues. He has over 100 publications and presentations. He has been active in the American Chemical Society and was named a Fellow in 2011. He served on the Society's Committee on Patents and Related Matters, where he was Chair from 2000-2002, and CHAL on the Committee on Constitution & Bylaws, where he was Chair in 2009-2010. He was elected to the Council Policy Committee for the 2011-2016 terms and Committee Vice-Chair for 2014. He also has participated actively in the Division of Chemistry and the Law (CHAL) where he has been Chair-Elect, Chair, Immediate Past Chair, and Councilor, the latter since 2002. CHAL awarded him its Ralph D. Middlekauff Award in 2008. For CHAL, he has organized or co-organized 6 symposia at regional and national meetings of the ACS, and has frequently made presentations on intellectual property and other issues. He is also a member of the Board of Managers of the ACS Local Section, the Chemical Society of Washington, where he chairs the Board's Committee on Bylaws and Standing Rules. While with the Government, he was President of the Government Intellectual Property Law Association. He is also a member of the American Bar Association and its Intellectual Property Law Section, the American Intellectual Property Law Association, the District of Columbia Bar and its Intellectual Property Law Section, and the Bar Association of Maryland.