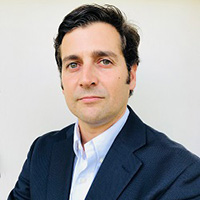 Jose Moutas is a European Lawyer with a degree in law from Universidad San Pablo CEU (1999, Madrid-Spain) and an LL.M. in business law from Instituto de Empresa (2004, Madrid-Spain). Mr. Moutas is admitted to the Spanish Bar.

Mr. Moutas has more than fifteen year experience in the legal corporate and renewable energy fields. His experience covers all stages of a power plant from development to operation, including financing, M&A transactions, EPC and O&M in different markets (USA, Mexico, Colombia, Chile, Spain, France, Germany, UK, Italy and Poland). He has been actively involved in providing regulatory advice in the energy sector and in claiming against the Spanish Administration due to the changes operated in the renewable energy incentives from 2009 to 2016. He also has experience in the privacy field in Europe where he has been involved in the adaptation of companies to the new GDPR. He speaks/writes fluent Spanish, English and French and he has worked with and managed multi functional teams in multi national projects and environments.

Prior to Stein IP LLC, Mr. Moutas has worked in the multinational law firm ONTIER (2002-2008); in N+1 Eolia from 2008 to 2012 (a management company for venture capital entities focused in renewable energy projects); and in ENCE ENERGÍA y CELULOSA, S.A.  from 2012 to 2017 (a Sanish listed company devoted to the production of paper pulp and the production of renewable sourced energy). He has been head of legal in the last two companies.