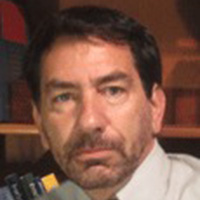 Joseph J. Zito, Of Counsel, has a BS in Economics/Physics from North Carolina State University and a JD from Tulane. Mr. Zito is a registered patent attorney and Intellectual Property litigator with over 27 years of experience. He is a member of twelve Federal District Courts, three Federal Appellate Courts and the United States Supreme Court and has litigated throughout the entire Federal Court System, including twenty three states, Federal Appellate Courts, the Court of Federal Claims, and the International Trade Commission.

Mr. Zito also engages in corporate counseling, due diligence studies; licensing and representation in inter-parties matters before the United States Patent and Trademark Office, and other governmental agencies.

Mr. Zito is rated in the top five percent of Intellectual Property Litigation attorneys in Washington D.C. and top five percent in Maryland for 2007, based on the survey of more than 35,000 lawyers in the District of Columbia and 21,000 in Maryland and based upon a review of performance and experience by an independent panel.