On June 24, 2020, Amazon established the Counterfeit Crimes Unit in its continuing effort to fight against counterfeit listings in its marketplace through a team consisting of former federal prosecutors, investigators, and data analysts.[1]

In the past, Amazon’s issues with counterfeit listings have resulted in both legal and partnership concerns. Notably, Williams-Sonoma, a kitchenware and home furnishing retail company, sued Amazon for trademark infringement and dilution resulting from counterfeits listed on Amazon’s marketplace.[2] 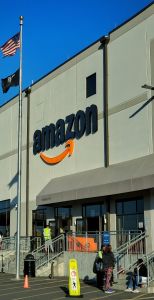 The problem of counterfeit listings has also led Nike, an athletic sneaker and apparel retailer, to end a pilot program offering select items on Amazon.[3] Nike stated in its statement regarding the program’s termination, “[Ww]e will continue to invest in strong, distinctive partnerships for Nike with other retailers and platforms to seamlessly serve our consumers globally.”[4]

Amazon previously sought to protect intellectual property rights by establishing the Amazon Brand Registry in 2017, a service that gives rights owners a higher degree of control over their brands on the Amazon marketplace.[5] The following year, Amazon initiated the Utility Patent Neutral Evaluation Procedure, a program that allows patent holders to accuse alleged infringers while also giving the accused infringers the opportunity to defend themselves against wrongful accusations. In 2019, Amazon introduced Project Zero to further combat counterfeit listings by automating the removal of suspected counterfeits while allowing brand owners to unilaterally remove counterfeit listings.[6]

According to Amazon, the new Counterfeit Crimes Unit continues to advance Amazon’s focus on preventing counterfeit listings by proactively conducting internal investigations and seeking legal recourse against suspected counterfeiters.[7] The Unit investigates instances where suspected counterfeiters attempt to circumvent Amazon’s safeguards and list fraudulent goods.[8] Once an investigation is initiated, the Unit then analyzes both Amazon’s internal data and information from external resources to link fraudulent listings with counterfeiters so that they may be held accountable through legal action.[9] Dharmesh Mehta, Amazon’s Vice President of Customer Trust and Partner Support said: “[Ee]very counterfeiter is on notice that they will be held accountable to the maximum extent possible under the law, regardless of where they attempt to sell their counterfeits or where they’re located.”[10]

Amazon has already demonstrated its willingness to take legal action against bad actors in a recent lawsuit where counterfeiters used social media to bypass Amazon’s measures against counterfeit listings.[11] Although the Unit’s efforts remain to be fully seen, if successful, will allow Amazon to better aid both brands and law enforcement in the ongoing battle against counterfeit goods.