Trademarks are meant to distinguish one producer’s goods or services from another. For this reason, “generic” marks are typically not eligible for trademark registration, since everyone may use generic terms to refer to their goods or services without infringing on another’s mark.[1] However, what happens when a generic term, such as “booking,” is added to another generic identifier, such as “.com,” creating a “generic.com” mark? The United States Supreme Court addressed this question on June 30, 2020 and held that “generic.com” marks are only generic when consumers perceive the term to apply to a good or service as a class.[2] Because consumers do not perceive “Booking.com” services to be an entire class of services, like “booking” services would be, the Court held that the mark was descriptive rather than generic, and was therefore protectable. 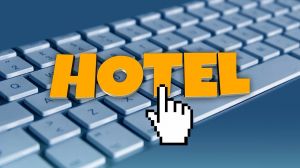 Starting in December of 2011, the plaintiff Booking.com filed several federal trademark applications for their name and mark, identifying themselves as a hotel reservation service.[3] The United States Patent & Trademark Office (USPTO) subsequently denied the marks as generic or merely descriptive without acquired distinctiveness.[4] The plaintiff then filed a civil action in the Eastern District of Virginia against the USPTO Director to review the record de novo.[5] Both the District Court, as well as the Fourth Circuit Court of Appeals found that Booking.com was descriptive, not generic, and it had acquired a secondary distinctive meaning to consumers.[6] The USPTO appealed to the Supreme Court, and their writ was granted certiorari.

The Supreme Court’s 8-1 opinion, penned by Justice Ginsburg, agreed with the lower courts.[7] The Court determined that whether “Booking.com” is generic turned on whether the term taken signified a class of online hotel-reservation services to consumers.[8] To be a generic class of services to a consumer, it means that consumers would call all hotel-reservation services as “booking.com” providers; e.g., Travelocity would be a “booking.com” class of services.[9] This is clearly not the case. In fact, the USPTO no longer disputed that determination, which one might think would end the case.

However, rather than argue that “Booking.com” is a whole class of services as described above, the USPTO argued for a nearly per se rule that any generic term combined with a generic top-level domain name (such as .com) is generic.[10] Relying on a case from 1888 that rendered generic corporate designations such as “Company” incapable of providing a protectable meaning to already generic terms, the USPTO argued that adding “.com” to an already generic term also did not provide a protectable meaning to the generic “booking” term.[11]

Ginsburg and the majority were not persuaded by this similarity, noting key differences between a generic corporate designation such as “Company” or “Co.” and a domain name like “.com.”[12] The most apparent difference is that any association may add “Company” on to their name, but only one entity can own a domain name at one time. Because of this, the “.com” of a “generic.com” term conveys a specific, source-identifying characteristic to consumers that distinguishes a brand.[13] Not only that, but the USPTO’s own past practice would go against this rule as well; they have previously allowed “generic.com” trademarks such as “ART.COM” and “DATING.COM” to be registered.[14] So any per se rule disallowing “generic.com” marks would not only exclude marks that may have acquired distinctiveness, but would cut against the USPTO’s previous actions and jeopardize existing marks.[15] For these reasons, the Supreme Court held that “generic.com” names can be protectable when they have acquired distinctiveness to consumers and are not regarded as describing a whole class of goods or services.[16]

Typically, generic terms are not protectable even if consumers recognize them as brand names.[17] However, this new ruling now implies that generic terms can become protectable with a level of consumer recognition.[18] This greatly expands trademark protection for domain names, as well as limits the number of terms deemed unprotectable as generic.[19] Even with this expanded protection, though, the level of protection granted would still be quite weak; even Booking.com admits so in this case.[20] Weaker marks require a higher standard to prove likelihood of confusion, which is a requirement for proving mark infringement.[21] Therefore, although Booking.com won this battle to allow registration of “generic.com” marks, theirs and any future similar marks will only be entitled to a very thin layer of protection, with a high burden of proof to prove infringement.

[17] Jessica Litman, Opinion analysis: Court holds that “generic.com” marks may be registered trademarks or service marks when consumers do not perceive them as generic, SCOTUSblog (June 30, 2020, 6:32pm), https://www.scotusblog.com/2020/06/opinion-analysis-court-holds-that-generic-com-marks-may-be-registered-trademarks-or-service-marks-when-consumers-do-not-perceive-them-as-generic/.