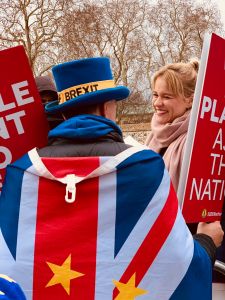 With the mutual approval of the Withdrawal Agreement Act 2020, the United Kingdom (“UK”) marked its official leave from the European Union (“EU”) on January 31, 2020. Since then, people have wondered what the UK’s next steps will be and specifically, what will this mean for intellectual property.

The Withdrawal Agreement Act 2020 includes an implementation period in which the UK will be able to properly transition to a complete state of independence. Moving forward, the UK will now determine its own policies in regards to topics such as international trade; thus, begin to organize negotiations for its separate free trade deals.

The European Union Intellectual Property Office acknowledged that nothing will significantly change for the UK until the end of the transition period. The United Kingdom Intellectual Property Office also published a guidance that confirmed its conversion of EU trade marks and registered Community designs to comparable UK rights that will be effective as of January 1, 2021.

While it seems some provisions will not change, patent law is not completely untouched by Brexit. The Supplementary Protection Certificates, an intellectual property right that serves as an extension to a patent right, for pharmaceutical and plant protection products, are currently granted as national rights due to the EU’s interest of public health and innovation, but in given time, the law may diverge (Anonymous). The EU Biotech Directive and certain provisions of EU competition law may impact patents as well.

Currently, IP Minister Chris Skidmore has acknowledged that the UK has no plans to implement the Digital Single Market Copyright Directive. This Directive “aimed to promote cross-border access to content, the use of copyrighted materials in education, research and cultural heritage and a better functioning copyright marketplace” (Nurton #2). It “addresses the liability of online content-sharing websites” which benefits tech companies and activists but hurts rights owners (Nurton #1). However, Skidmore has not completely ruled out the idea of the UK potentially enacting a similar directive in the future.