On May 14, 2020, the Federal Circuit clarified the proper manner in which the ordinary observer test in design patent infringement cases should be administered in its ruling in Lanard Toys, Ltd. v. Dolgencorp LLC.[1]

The Federal Circuit’s ruling comes from a case originating in the Middle District of Florida, in which Lanard Toys (Lanard) filed suit against JA-RU, Inc. (JA-RU) asserting design patent infringement among other claims. Lanard’s design patent at issue in the case, U.S. Design Patent No. D671,167 (D167 patent), is for a toy chalk holder designed to look like a number two pencil.[2] One year after Lanard began selling its toy chalk holder, JA-RU began selling its own toy chalk holder that was designed using Lanard’s toy as a reference. After both parties filed for summary judgement, the district court granted JA-RU’s motion while finding that JA-RU’s product did not infringe the D167 patent. 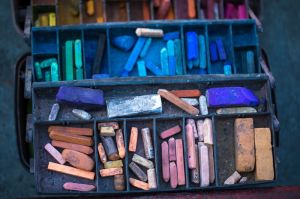 The ruling should prove to be helpful guidance both to would-be design patent owners and present owners alike. Lanard demonstrates that great care must be taken in constructing design patent claims at the outset. Likewise, current design patent owners should take Lanard into account when weighing the merits of potential enforcement actions and how a court might construe their patent’s claims differently than they envision. In short, Lanard provides greater clarity on how courts are supposed to evaluate the ordinary observer test in design patent infringement cases and how claim construction and the issue of novelty factors into that overall assessment.