The Federal Circuit recently reversed a decision by the US District Court for the Central District of California granting attorney’s fees on the basis that the underlying patent and trademark infringement claims were not unreasonable.[i] Writing for the panel, Circuit Judge Raymond Chen found that the district court abused its broad discretion in its determination of exceptionality.[ii] 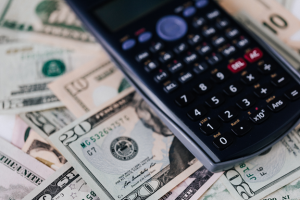 On appeal, the Federl Circuit reversed the district court’s grant of attorney’s fees finding that none of LNC’s claims were anxceptional case. Under Section 285 of the Patent Act and Section 1117(a)(1) of the Lanham Act, a court may grant attorney’s fees to the prevailing party in “exceptional cases” for patent infringement and trademark infringement, respectively.[ix]

In the precedential decision of Octane Fitness LLC v. ICON Health & Fitness Inc., the Supreme Court defined an exceptional case in patent suits as “one that stands out from others with respect to the substantive strength of a party's litigating position (considering both the governing law and the facts of the case) or the unreasonable manner in which the case was litigated” under the totality of the circumstances.[x]

Following the Supreme Court’s exceptional case standard set out in Octane, the Federal Circuit rejected the district court’s opinion that Munchkin had acted unreasonably.[xi] Instead, it found that there was no evidence that the case was exceptional under Section 285 and determined “the district court’s finding to the contrary was an abuse of discretion.”[xii]

The Federal Circuit further found that the district court’s decision granting attorney’s fees for the trademark infringement claims contradicted its earlier decision granting Munchkin’s motion to amend its complaint, reasoning that Munchkin should not be found liable for “litigating a claim it was granted permission to pursue.”[xiii]

Furthermore, the Federal Circuit held that the trade dress claim was not adequately litigated to determine whether Munchkin’s claims were substantially unreasonable.[xiv] Consequently, the Federal Circuit determined that the arguments made by LNC for its fee motion in the trade dress infringement claim was conclusory, and therefore not exceptional.[xv]