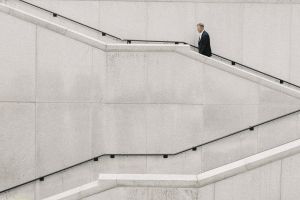 LOT Network (License on Transfer) is a nonprofit organization that protects companies’ patents against PAEs (Patent Assertion Entities). More than 620 companies have jointed the LOT community since 2014 when LOT was established.

PAEs are companies that acquire patents and gain revenues from licensing royalties and filing lawsuits against accused infringers. PAEs often buy their patents from third parties instead of obtaining them directly from the USPTO through prosecution. While some PAEs do have their own research and further development, most of them usually do not produce, distribute or sell patented products.

The term PAE is used interchangeably with the term NPE (Non-Practicing Entity), which also represents an entity that owns patents but does not create or sell products.

Small and medium sized businesses (SMEs) are the most vulnerable targets. 80 percent of infringement cases filed by NPEs in 2018 were against SMEs.

Companies in the LOT Network represent 35 countries and range from software, hardware and automotive to financial services entertainment and retail These companies are immune from litigation from more than 2.2 million patents worldwide the network. Around two-thirds of LOT members are startups, but big companies such as Google and Alibaba are LOT members as well.

How can LOT Network members benefit?

On the one hand, both suppliers and customers can get protection from patents that come from outside of their ecosystem. The more companies that join the LOT Network, the safer members are since more patent licenses are covered. Suppliers will become more reliable because buyers do not need to worry about potential lawsuits to the patent in which they invested. On the other hand, joining the LOT will not affect how members use their patents traditionally, such as cross-licensing, asserting and selling.

How does the LOT member system work?

LOT members need to pay different annual fees depending on their annual revenue. As a nonprofit organization, LOT exempts any annual fee for companies that have less than 25 million annual revenue.