Movies We Suggest for Intellectual Property

7 Movies You Should Watch to Learn IP Lessons

Are you home and bored of working or studying? Here is a list of 7 movies you can watch to have fun and get a dose of intellectual property at the same time. If there are any movies that you have seen or know about falling within this genre, please share them with us!

Flash of Genius is a biographical movie based on an article by John Sabrook published in the New Yorker in 1993. In this movie, the protagonist, Robert Kearns, is a college engineering professor. One day, when he is driving a Ford Galaxie in light rain, the constantly moving windshield wipers block his vision and distract him. He is inspired by this incident and creates an intermittent windshield wiper that swipes every few seconds.

With financial support from Gil Previck, Kearns turns his idea to a prototype and patents this invention. He demonstrates it for Ford researchers and reaches a great collaborating deal with them. However, Ford uses this invention as a selling point of the latest model of Mustang without giving Kearns any credit. Kearns goes to Washington D.C. and sues the Ford Motor Company for patent infringement. The legal battle begins. 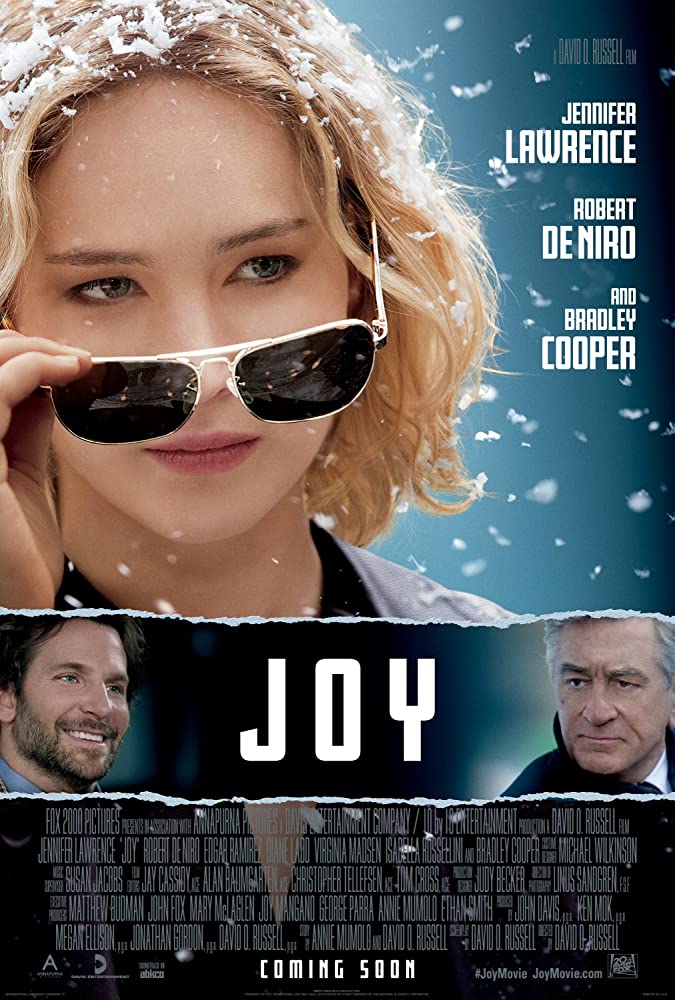 Joy is a biographical movie based on a true story of Joy Mangano, a single mom who invented a self-wringing mop and became an independent businesswoman in the end. Joy lives with a big family and has financial struggles. With the encouragement from Joy’s friends to pursue her invention dream, they contact with a California manufacturing company to produce the mops. To avoid potential patent lawsuits, the company tells Joy that there is a man in Hong Kong who has a similar product and suggests Joy to pay royalty fees, but Joy refuses. 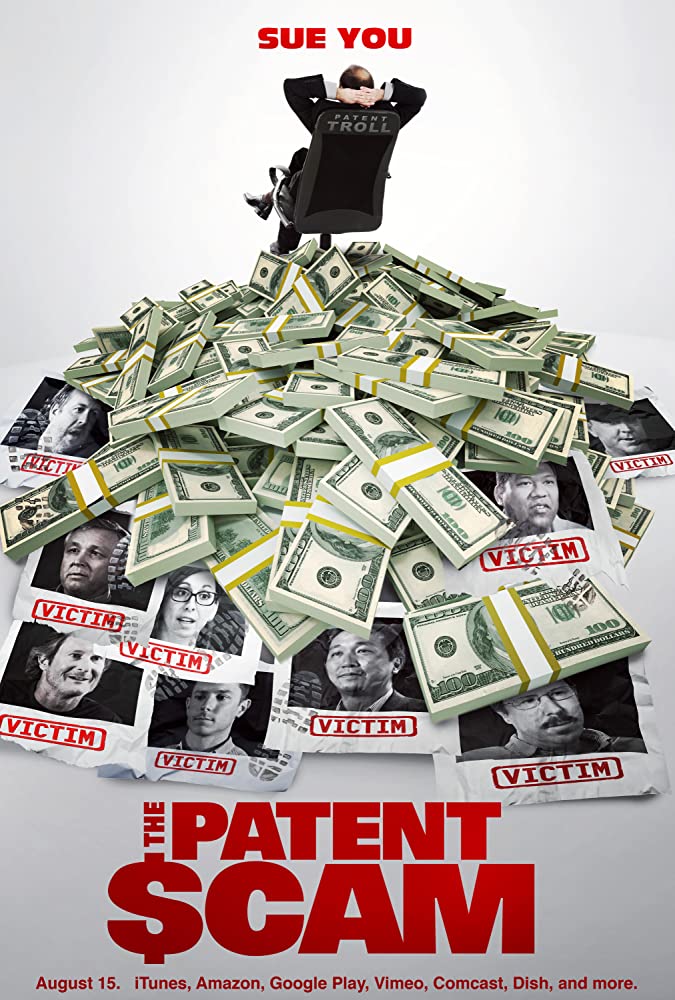 The Patent Scam is a documentary exploring notorious patent litigations brought by “patent trolls,” who benefit from these loopholes in the US patent system. Non-practicing entities (NPEs) are also called “patent trolls” in the documentary. They usually acquire patents and gain revenues from licensing royalties and filing lawsuits against accused infringers. The film’s staff has interviewed many lawyers and business owners who were influenced by patent trolls across the country. They aimed to “create a voice for small businesses sued by patent trolls” and reveal the hole behind the US patent system. 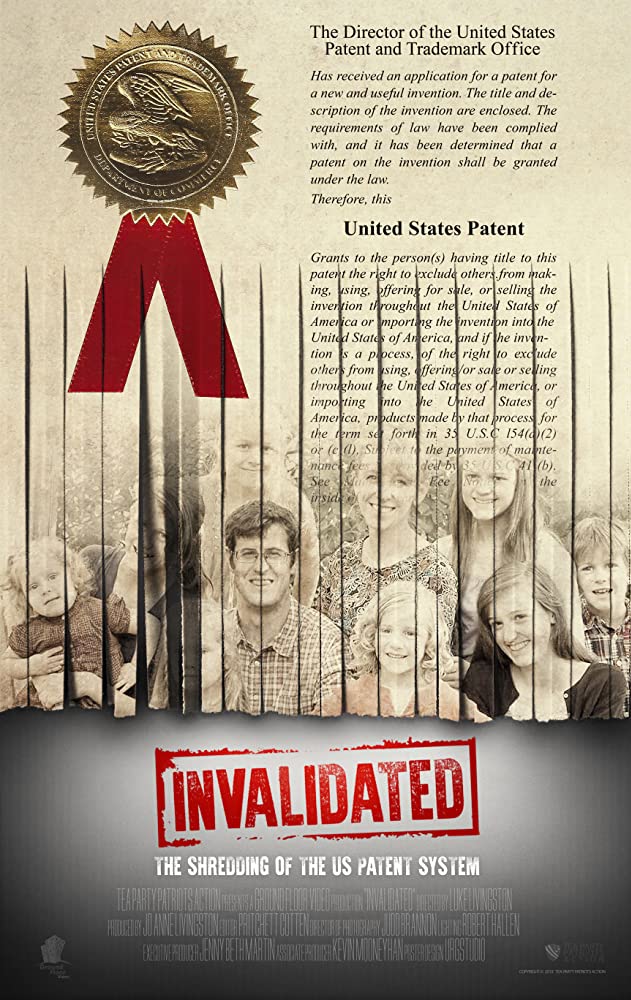 Invalidated is a documentary revealing the flaws of the US patent system. Josh Malone invented a device called “Bunch O Balloons” to fill 100 water balloons in 60 seconds, and this invention was very popular across the whole world. He patents his invention but a big company subsequently makes a very similar product. Malone tries to defend his intellectual property but he realizes that the US patent system favors large companies. This documentary features many experts including former Attorney General, Ed Meese, inventor and Congressional Representative, Thomas Massie, and Antonin Scalia Law Professor and IP expert Adam Mossoff. Together, they explain the state of the weakening patent system. 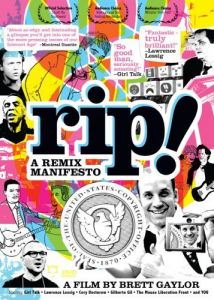 RiP!: A Remix Manifesto is an open-source documentary which is produced by using free open sources. This film features hundreds of people’s work from the Open Source Cinema website. Is it fair use or copyright infringement? Producer Brett Gaylor and mashup artist Girl Talk open the exploration of content creation and the gray area of copyright in the digital age. The documentary also features Creative Commons founder, Lawrence Lessig, Brazil’s Minister of Culture, Gilberto Gil, and pop culture critic Cory Doctorow.

Copyright criminals is a documentary about revealing commercial value music sampling, the history and the influence of music sampling, and relevant intellectual property topics. It reflects a phenomenon that some artists use samples or portions of others’ work to produce their own projects. When their projects become popular and gain profits, some artists will sue the project’s owner for copyright infringement, but the owner will defend by claiming it is fair use. This is a common situation in the film industry. Filmmakers Kembrew McLeod and Benjamin Franzen said in an interview thatthey hope people “better understand how copyright laws affect creativity and free expression while provoking conversations about the laws, ethics and aesthetics surrounding sampling.” 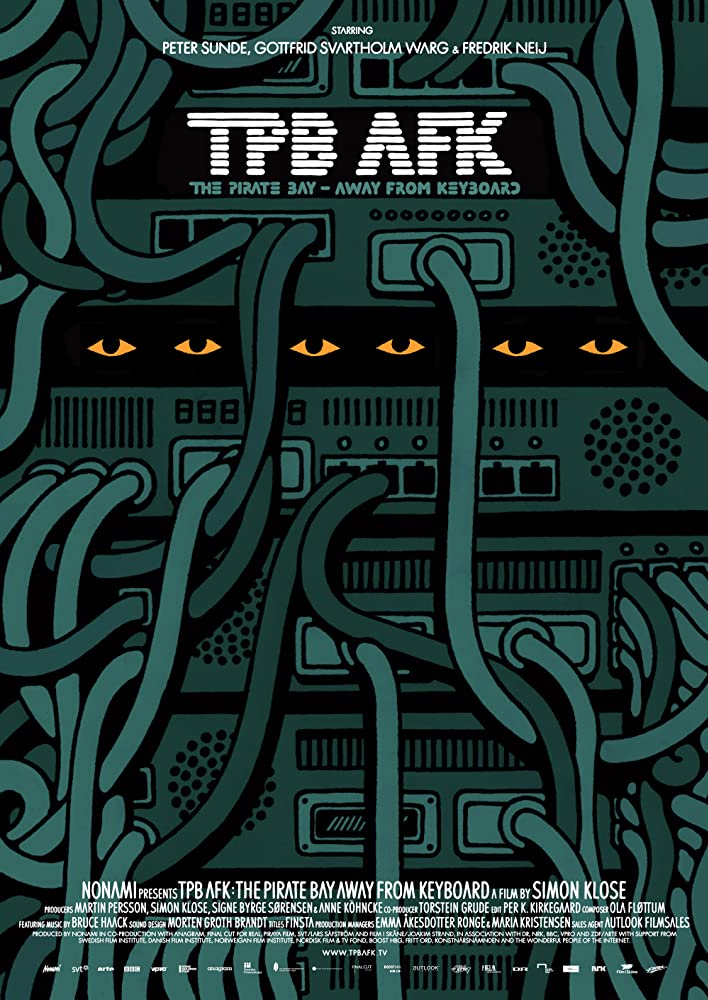 TPB AFK: The Pirate Bay Away From Keyboard is a Swedish documentary focusing on the three founders of a torrent website The Pirate Bay. It follows the development of this website and the battle between the founders and the government. Film director Simon Klose said in an interview that “we hope to contribute to a serious debate about the social and economic benefits of sharing. We also hope to prove that sharing can be a realistic business model.”