The music licensing regime that exists in the United States is an interlocking landscape of various rights and licenses that can be overwhelming to a newcomer. However, if an individual or company seeks to make use of music in some fashion, it is almost a guarantee that the entity will be implicating one or more music rights and need to use one or more music licenses. This article provides a brief and by no means exhaustive overview of some of the various music rights and licenses that exist. 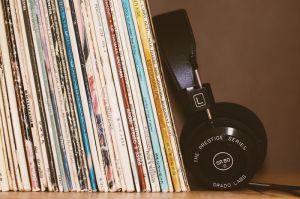 U.S. copyright law does not provide for one copyright in a song, but rather splits the song into a musical composition copyright and a sound recording copyright. Various music licenses are then employed to make use of one or both of these copyrights in a song.

Though technically a single person or entity could own both copyrights to an individual song, the music industry is structured such that the musical composition and sound recording copyrights are often owned by different entities. That means anyone wishing to obtain one or more of the various licenses discussed below will likely have to contract with more than one party.

The four most common music licenses needed for use of a song are master use licenses, synchronization (sync) licenses, public performance licenses, and mechanical licenses. Some combination of those licenses is almost always required for the use of a song.

A public performance license may be the most widely used and issued music license, as it covers any playing or broadcasting of a song outside a small private group of friends or family. “Broadcast” is construed broadly and applies to any performance in a public place where people gather and to transmissions via radio, television, or the Internet. Bars and stores wanting to play music for their customers are prime examples of activity requiring a public performance license. This license is most commonly obtained through a performing rights organization (PRO), such as ASCAP or BMI.

Whatever the specific intended use of music is, rest assured that someone (read many people) has probably already used music in a similar way. Because of the widespread licensing of music over the decades, specific systems and procedures have formed to streamline the process as much as possible. Though it can still be a daunting process given the sheer number of rights and licenses, it is not impossible.

Also keep in mind that a use of music may not require a license or implicate others’ rights. Songs that are already in the public domain do not require licenses, though the selection might be slim. Some music and songs are made available through Creative Commons (not covered here). Additionally, there are companies that license pre-cleared music for common media uses (aka stock music). Finally, there is always the option of creating new music from scratch through commission and/or contract.