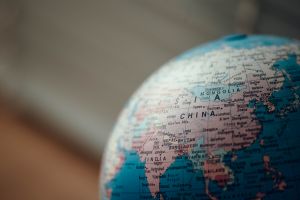 Article 2 of the draft adds language that allows partial design protection.[2] The current version of the patent law usually does not protect portions of designs, unless they are replacement parts that can be used or sold separately.[3] However, the new draft would eliminate this limitation, allowing the exclusion of parts of a design with less design value. This could mean that design patent infringement would extend to copying patented parts of a design even when the entire product has an overall different design.[4] Furthermore, Article 42 extends the design patent term from 10 years to 15 years from filing (as opposed to 15 years from date of grant in the U.S.).[5]

Article 42 also adds a patent term adjustment due to delay in examination by the China National Intellectual Property Administration (CNIPA).[6] This means that if an invention patent has been granted more than four years from the filing date and three years from request for examination, the owner may request compensation in patent term from the CNIPA for the unreasonable delay in granting the patent. However, this does not apply to delays caused by the applicant and must also be requested by the applicant.

The new Draft sets up a patent linkage system in Article 75, which allows for a pharmaceutical patent owner to seek a CNIPA judgment within thirty days after publication of an application for a generic drug’s marketing approval.[7] After the thirty days has passed without the patent holder bringing an action, the party seeking the generic drug marketing approval can bring a claim for declaration of non-infringement.[8] However, if the patent owner brings action within the thirty day period, a decision will be rendered within nine months.[9] The lack of a requirement in this drafted provision for generic drug filers or regulators to notify patentees means that patentees of innovative drugs will need to continuously monitor generic drug applications, and be ready to start an infringement action within 30 days.

Article 42 of the draft also allows patentees of innovative drugs to apply for a patent term extension of up to five years.[10] This extension, however, is only available if the effective term of the patent is less than 14 years after obtaining marketing approval.[11] There is some confusion about if the extension will be available for the first marketing approval of a product or ingredient, but it will likely dealt with in further legislation or regulations.[12]

Another issue the draft seeks to remedy is burden shifting of proof for damages. Since there is no discovery, if the evidence needed to calculate damages is held by the infringer, and the infringer refuses to submit the evidence (or submits fabricated evidence), the court can determine damages based on initial evidence and the patent owner’s calculations.[15] The failure of the infringer to satisfy their burden of supplying contrary evidence can also be included in damages calculations.[16]

Articles 50-52 of the draft set up an open patent license system to boost patent utilization.[17] This allows patent holders to register with the Chinese patent office, allowing “open license” grants to any entity that accepts the license under prespecified standard license conditions. The open license would allow any prospective licensee to obtain a license by sending a written notice to the patentee and paying the specified fee. It is worth noting that in the U.S., the United States Patent and Trademark Office has set up a similar “Patents 4 Partnerships Marketplace Platform” that creates a centralized place for patent owners and prospective licensees to connect (without standardized open licensing) in light of the COVID-19 pandemic.[18]

The new draft also requires an explicit duty of good faith for both patent applicants and patentees in enforcing their rights under Article 20.[19] This provision will be useful for when patents that have not been substantially examined are used to extort money from third parties or restrict competition. If patents are used to restrict competition, however, such actions will be dealt with under China’s Anti-Monopoly Law[W1] .[20]

If and when the draft is passed, it would be a landmark shift in many facets of China’s patent laws. The public comment period runs through Aug. 16, 2020, allowing stakeholders to suggest revisions or other changes. Some have observed that there are still ambiguities and holes in the proposed draft that will require clarification and further legislation. Ultimately, though, the important conclusion to draw is that China’s intellectual property landscape is on the move.