Only Experts Can Testify to Patent Obviousness, but They Can’t Draw the Conclusion

In patent disputes, a patent’s validity is often challenged on the ground of obviousness. But who may opine about this issue? A Federal Circuit decision in HVLPO2, LLC v. Oxygen Frog, LLC, 949 F.3d 685 (Fed. Cir. Feb. 5, 2020) rules out lay witness testimony on patent obviousness, saying that such evidence is inadmissible.

Who is Qualified to Testify to Patent Obviousness? 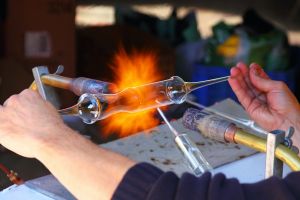 In this case, HVLPO2 (HVO) sued Oxygen Frog for infringement of U.S. Patent Nos. 8,876,941 and 9,372,488, which share a specification about an oxygen-generating system used to manage airflow for torch glass artists.[1] The district court granted HVO’s partial summary judgment that led to a jury trial on claims 1 and 7 of both the disputed patents. At trial, Oxygen Frog contended that the claims were obvious. It provided two prior art references including one video by a glass blowing artist, Tyler Piebes.[2]

Mr. Piebes was not qualified as an expert witness, but he testified before the jury as a fact witness that he thought the patent’s modification of the oxygen-generating system was “obvious.”[3] The district court gave the jury a limiting instruction that “a witness such as Mr. Piebes certainly can offer his observations and explain to you how a system works and what he thinks would occur to him from his perspective would or would not be obvious.”[4] After trial, the jury returned a verdict that claims 1 and 7 of the ‘488 and ‘941 patents would have been obvious to a person of ordinary skill in the art.[5] HVO then moved for a judgment as a matter of law (JMOL), or in the alternative, for a new trial, and the district court denied its motion.

On appeal, the Federal Circuit reviewed whether the district court abused its discretion in denying the motion for a new trial. The core inquiry is whether the district court’s admission of Mr. Piebes’ (Oxygen Frog’s witness) testimony substantially prejudiced HVO. Citing Federal Rules of Evidence 702, the Federal Circuit addressed the qualification issue of an expert witness. Since an obviousness invalidity challenge in a patent trial touches the determination of a fact in issue, a jury needs a qualified expert to assist them to understand the evidence.[6] Then who is qualified? Such an “expert” should have some scientific, technical, or other specialized knowledge to make a jury understand the pertinent art.[7] Following this rule, the Federal Circuit concluded that the district court abused its discretion in admitting a lay witness to testify to the underlying technical questions of the disputed patents.

Additionally, a party using any qualified expert witness for trial must take a further step to comply with Federal Rules of Civil Procedure. Such party must disclose its expert to the opposing party at the court orders, along with a written report containing all opinions and reasonings of the expert.[8] HVO argued that Oxygen Frog’s failure to disclose Mr. Piebes violated this rule. On the other hand, Oxygen Frog said it did not need to follow this rule, because Mr. Piebes was introduced as a lay witness to speak about his perception and experience.[9] However, the Federal Circuit found that Mr. Piebes’ testimony was directed to the central obviousness issue that was in the purview of experts, and thus ruled Mr. Piebes’ lay testimony inadmissible.[10]

Oxygen Frog tried to argue that the error to admit Mr. Piebes’ testimony was harmless to the extent such admission was improper, but this argument was rejected by the Federal Court. The court placed great significance on expert testimony on ultimate issues in a patent trial, because it has the potential to substantially impact a jury’s decision. Due to such significance, both parties should be granted an equal chance to adequately prepare their cases where expert testimony is involved. [11] However, in this case, HVO lost its chance because of Oxygen Frog’s non-disclosure, and there is no way to know whether the jury was completely or partially influenced by Mr. Piebes’ testimony when it returned a decision. Thus, the Federal Court found HVO significantly prejudiced by the improper admission of Mr. Piebes’ testimony, and accordingly remanded a new trial.[12]

The HVLPO2 decision helps draw a line for patent litigation: you should properly disclose an expert witness to testify to a fundamental issue of patent validity—obviousness. But having an expert witness does not result in a winning case. There is something else for you to consider.

What Can an Expert Witness Say?

Expert testimony is important and helpful for explaining the underlying technical facts in patent litigation. Unfortunately, expert opinions are not decisive on questions of law.

We should make a distinction between “question of fact” and “question of law” in patent litigation. Federal Rules of Evidence 702 allows experts to opine about a fact at issue within their areas of expertise. In other words, experts can testify to what they saw, what they heard, and what they did, to help answer questions as to the technical matters.[13] However, this does not permit experts to testify to the ultimate “question of law,” such as interpreting what the law of obviousness is, or concluding whether a patent at issue is obvious or not.

The touchstone of the admissibility of expert testimony is whether it is helpful for the trier of fact, whether it be judge or jury, to reach a legal conclusion.[14] After all, it is the legal decision-maker who has the monopoly as to the law, and many experts on technical issues of a patent are not legal experts. This is especially important in a jury trial. If an expert were to testify as to questions of law, there would be a risk that the expert would misinterpret the law or interfere with the judge’s jury instruction.[15] A jury could be unavoidably confused by conflicting interpretations of a law or a legal standard, or improperly swayed, thus returning a verdict that’s prejudicial to the challenged party.

Nevertheless, it is possible that an expert misspeaks while testifying. It sounds quite natural to say “therefore, the subject matter of claim 1 would have been obvious for a person skilled in the pertinent art because of the prior art references x, y, and z.” Yet, such testimony can be objected to and struck as irrelevant in a tribunal.[16] Thus, a counsel should carefully prepare the expert witness to make sure no such misstatement occurs.

If you have experts to testify for a patent obviousness challenge, good. You probably have a better chance to help the judge or jury to understand the technical matters of your patent. However, before you bring the experts into the court, you should fully disclose them and their opinions to your opposing party under Federal Rules of Civil Procedure. Also, prepare the expert testimony carefully so it speaks to the factual matters, not the legal questions. Otherwise, your expert testimony can be struck, which can negatively impact your case.