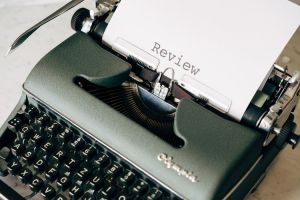 In 2017, the PTAB determined there were six factors to consider in evaluating whether the same prior arts or arguments were previously presented to the office in an IPR under §325(d). Those six factors are:

a.      the similarities and material differences between the asserted art and the prior art involved during examination;

b.      the cumulative nature of the asserted art and the prior art evaluated during examination;

c.      the extent to which the asserted art was evaluated during examination, including whether the prior art was the basis for rejection;

d.      the extent of the overlap between the arguments made during examination and the manner in which Petitioner relies on the prior art or Patent Owner distinguishes the prior art;

e.      whether Petitioner has pointed out sufficiently how the Examiner erred in its evaluation of the asserted prior art; and

f.       the extent to which additional evidence and facts presented in the Petition warrant reconsideration of the prior art or arguments.[4]

These non-exclusive factors were established to guide decisions of discretion and cut down on duplicate proceedings and consideration. Each of these factors is a highly factual determination, and while helpful, there was no further elaboration in how to apply these factual factors once decided. Enter the recent Advanced Bionics decision to provide further clarification.

The recent Advanced Bionics built upon the Beckton, Dickinson framework to clarify how these factors are applied. The resulting two-part framework for their application is as follows:

whether the same or substantially the same arguments previously were presented to the Office; and

(2)   if either condition of first part of the framework is satisfied, whether the petitioner has

demonstrated that the Office erred in a manner material to the patentability of challenged claims.[5]

To determine the first prong of the new Advanced Bionics test, the previous Becton Dickinson factors are used; more precisely, factors (a), (b), and (d), are used to determine whether the same or substantially the same art or arguments were previously presented to the office.[6] The second prong of the test then uses Becton, Dickinson factors (c), (e), and (f) to determine whether a material error has been made by the Office.[7] If a condition in part one is satisfied, and the petitioner fails to make a showing of material error, the Director will usually not institute an IPR.[8] The decision also further elaborated that the Becton, Dickson factors are to be read broadly. Specifically, the decision stated that the consideration of previous art or arguments should not necessarily be limited to any particular process or examination, but rather the factors should include any previous proceeding relating to the matter.[9]

Other Decisions and Implications

On the same day that the Advanced Bionics decision was designated as precedential, there were two more PTAB decisions deemed precedential or informative that followed this new Advanced Bionics two prong analysis using Becton, Dickson factors.[10] These decisions further solidify the new framework for instituting or denying an IPR under 35 U.S.C. §325(d).

The Advanced Bionics decision also has several implications in practice. As already discussed, the Becton, Dickinson factors are now to be read more broadly to encompass any previously presented art and argument. But perhaps more significant is the second prong of the Advanced Bionics test. The second prong first asks, “if either condition of first part of the framework is satisfied” (emphasis added). This means if either the same or substantially same art or argument is presented, then the analysis moves to a determination of whether there was a material error.[11] The practical implication of this will undoubtedly lead to more debate over what constitutes a “material error.”