In response to a growing number of fraudulent trademark filings from abroad, congressional leaders recently introduced a bipartisan, bicameral bill that modernizes the Trademark Act of 1946 in order to lower barriers to entry for businesses and provide greater consumer protection against trademark violations.[1] The Trademark Modernization Act of 2020 fights back on behalf of businesses and consumers hurt by the market confusion and congestion that results from fraudulent trademark filings.[2] 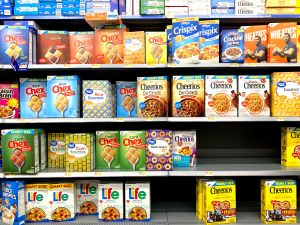 Section three of the bill codifies existing procedures that allow third parties to submit evidence that provides grounds for refusal during the examination stage of the trademark registration.[3]

Section five of the bill provides new ex parte procedures for registration cancellations on the grounds the mark was not in use in commerce. Instead of going through lengthy inter partes proceedings before the Trademark Trial and Appeal Board that mirror normal court proceedings and are governed by the Federal Rules of Civil Procedure, third parties would be able to request cancellations through a simplified expungement or reexamination procedure.[4]

Section six of the bill clarifies that a party seeking an injunction for a trademark violation is entitled to a rebuttable presumption of irreparable harm.[12] Section six provides this important clarification following the court’s decision in eBay, Inc. v. MercExchange LLC, 547 U.S. 388 (2006), which held that injunctions could not be presumed for patent infringements.[13]

In providing new procedures to rid the trademark register of unused marks, the bill enables market entrants to secure marks that would otherwise be unavailable and protects consumers against mark confusion.[14] Representative Collins, one of the bill’s sponsors, stated that the “Trademark Modernization Act will help provide small businesses with new cost-effective tools needed to fight fraud and block bad actors from illegally obtaining trademarks” and will “ultimately will provide much needed relief for our small businesses, and it will give consumers peace of mind.”[15] While this bill has not yet passed, it takes important steps towards modernizing the United States’ trademark system in the wake of increasing abuse.