Trends in Artificial Intelligence at the USPTO

The United States Patent and Trademark Office (USPTO) released a benchmark study on October 27, 2020, titled “Inventing AI: Tracing the diffusion of artificial intelligence with U.S. patents.”[1] The report used a machine learning artificial intelligence (AI) algorithm to examine AI technologies in US patents from 1976 to 2018. The specific AI algorithm “flexibly learns from the text of patent documents without being overly constrained by specific classifications and keywords.”[2] After using the AI algorithm, the results were manually reviewed by patent examiners. 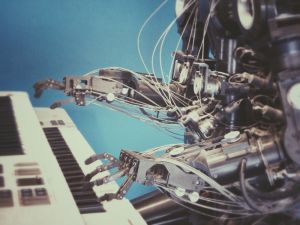 The study examined AI technology diffusion across technologies, inventors, and geography. The USPTO assigns patent applications into specific groupings consisting of more than 600 subclasses based on subject matter. In 1976, AI technologies only appeared in 10% of the subclasses, but by 2018 they appeared in more than 42% of the subclasses. Over time, the percentage of inventors using AI in their granted patents has increased as well from 1% in 1997 to 25% by 2018. IBM currently holds the most AI patents and the top AI patent holders are generally in the information and communication industries.

The study concludes with the fact that AI is becoming increasingly important for US inventions with the potential to be as revolutionary as electricity. The growth of AI patents is not limited to the United States, but Europe Patent Office has noted that AI was one of the most prevalent fields for patent applications in 2019.[3] As the expansion of AI patented technologies continues to grow, AI has the potential to radically change the world.