You get a call from a number you don’t recognize. We all know the feeling: “should I even answer this? It’s probably just a robocall.” It may come as a surprise to many that, despite the number of robocalls we get, the 1991 Telephone Consumer Protection Act (TCPA) actually prohibits the use of “equipment which has the capacity to store or produce telephone numbers to be called, using a random or sequential number generator; and to dial such numbers.”[1] Devices that meet this definition are called Automatic Telephone Dialing Systems (ATDS). Not surprisingly, the language of this has become trickier to navigate in recent years as our technology and devices evolve, resulting in circuit splits. 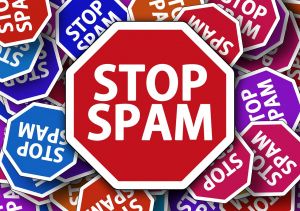 In 2018, the D.C. Circuit set aside a 2015 Federal Communications Commission (FCC) ruling that defined “capacity” as any device that could be transformed into an ATDS by downloading an application.[2] Had the ruling been allowed to stand, it could have technically subjected ordinary smartphone users to a violation of federal law when inviting someone to a party after getting their number from a friend. Since then, courts have been split on what constitutes an ADTS.

In 2014, Noah Duguid, who is not a Facebook user, began getting sporadic text messages from Facebook claiming that his account was accessed at various times. After replying “off” to turn off messaging, and receiving a text saying he would no longer receive messages, he continued to receive the messages.[8] After emailing to resolve the issue, and only receiving automated responses, Duguid sued Facebook for violating the TCPA. He alleged that the text messages were sent using an ATDS, because Facebook created a security feature that stored phone numbers and automatically sent texts when the associated account number was accessed.[9]

The 9th Circuit, using its broad definition of an ADTS, reversed and remanded the lower court’s dismissal of the complaint, and Facebook petitioned the U.S. Supreme Court for a writ of certiorari.[10] On July 9, 2020, the U.S. Supreme Court granted a writ of certiorari to review the question of “[w]hether the definition of ATDS in the TCPA encompasses any device that can ‘store’ and ‘automatically dial’ telephone numbers, even if the device does not ‘us[e] a random or sequential number generator.’”[11] The resulting decision will resolve the current stark contrast in the Circuit.

While we will have to wait for the October 2020 Supreme Court term to have the split resolved, the 6th Circuit is set to chime in on the matter soon.[12] The 6th Circuit has previously encountered a case involving an ADTS, but merely affirmed the Eastern District of Michigan’s granting of summary judgment using a narrow definition without substantive analysis.[13] Given the narrow, albeit brief, 6th Circuit interpretation requiring a random or sequential generator[14], it seems likely that the 6th Circuit will join the Eleventh, Seventh, and Third Circuits in adopting a narrow interpretation of an ADTS. However, any interpretation that the 6th Circuit may or may not adopt could be short lived once the Supreme Court finally resolves the Circuit split in its upcoming October 2020 term.