"Use in Commerce” Requirement under Trademark Law: Free Mobile Applications

As the Internet of Things increasingly incorporates technology with day to day life, the world has seen a widespread proliferation of smartphones. America has also felt this impact, with over 80% of U.S. adults now owning a smartphone device.[i] However, this rapid adoption partially owes it success to another industry: the mobile application (commonly called an “app”). As a byproduct of the smartphone revolution, the mobile application industry has grown at an astonishing rate, with an ever-increasing global market valued at over 100 billion dollars, that can consequently be a very lucrative venture.[ii] 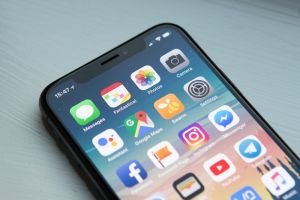 While the success of a mobile app might rely on its functionality, its success also hinges on a consumer’s ability to differentiate that app from hundreds or even thousands like it. As a result, ownership of the identity of a mobile app can be just as important as ownership over the app. This brand ownership can be established through a trademark, which gives the owner the exclusive right to use the brand. Modern trademark protection falls under the Trademark Act of 1946, also commonly known as the Lanham Act.[iii] As an act authorized under the Commerce Clause,[iv] a registrable trademark under the Lanham Act requires that the mark be sufficiently used in interstate commerce.[v] However, identifying what constitutes as “sufficient use” can be a tricky endeavor given that the majority of mobile app are downloaded for free.[vi]

A determination of whether a mark is sufficiently used in interstate commerce is “made on a case by case basis, considering the totality of the circumstances,”[vii] with courts considering factors consisting of non-sales activities.[viii] When dealing with interstate commerce, the distribution of a mark through the Internet would allow it to fall under the Lanham Act’s jurisdictional reach.[ix] For example, the wide distribution of free software, despite having zero sales, could establish a use in commerce when considering the totality of the circumstance.[x] Nor would the distribution and licensing of free software equate to its abandonment as courts have determined that industry standards determine what is sufficient use.[xi]

Furthermore, trademark protection is not limited to purely monetary gains if the elements of competition can be shown.[xii] Consequently, the free distribution of a mobile app for the purpose of building up a userbase would likely satisfy the use requirement for interstate commerce if the prospective applicant publicly distributes the app alongside the mark. An applicant could further strengthen his or her claim if he or she also consistently uses the mark in any communications or advertisements involved with the app so that a consumer is more likely to associate the mark with the app. While there is no definitive minimum to satisfy the “use in commerce” requirement, an applicant should focus on consistent use of the mark.

[viii] See Chance v. Pac-Tel Teletrac Inc., 242 F.3d 1151, 1160 (9th Cir. 2001) (‘In applying this approach, the district courts should be guided in their consideration of non-sales activities by factors we have discussed, such as the genuineness and commercial character of the activity, the determination of whether the mark was sufficiently public to identify or distinguish the marked service in an appropriate segment of the public mind as those of the holder of the mark, the scope of the non-sales activity relative to what would be a commercially reasonable attempt to market the service, the degree of ongoing activity of the holder to conduct the business using the mark, the amount of business transacted, and other similar factors which might distinguish whether a service has actually been “rendered in commerce”.’)

[xii] Id. (finding that efforts to retain the rights of a mark and to ensure that it would be distinguishable from other distributors can result from the development and distribution of the software, as well as finding that value can arise from improvements made as a result of feedback from the software’s free distribution).